Close to Fort Lauderdale, Pompano, Parkland, Boca Raton and West Palm Beach off the Sawgrass expressway in Coral Springs. Everglades airboat tours let you see the “River of Grass” on a 2 hour tour that takes you on a 25 mile adventure.
RESERVATIONS ARE REQUIRED

Private intimate tours for Family and small groups. I offer airboat tours that take you deep into the Everglades! 786-255-1788 Capt. Jim Hale 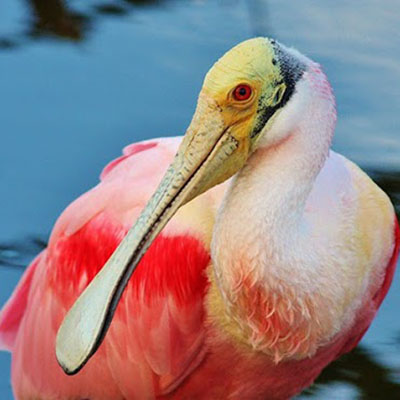 1 Hour tour is a easy way to see the Everglades for people on a time constraint. This tour take you 15 mile through the Everglades with several stops for pictures and some time to chat and pictures 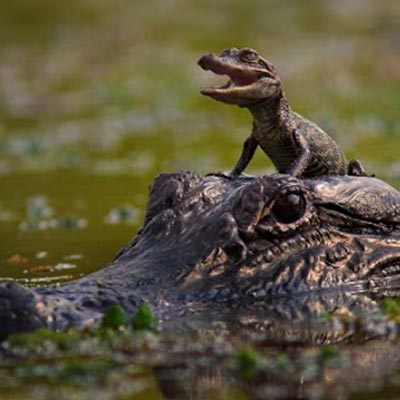 90 Minute tour is a 22 mile trek through the beautiful Everglades, what a beautiful place to tell you a little history of the Everglades the camps the people who settled old Florida, narrated and plenty of stops for pictures and questions and answers 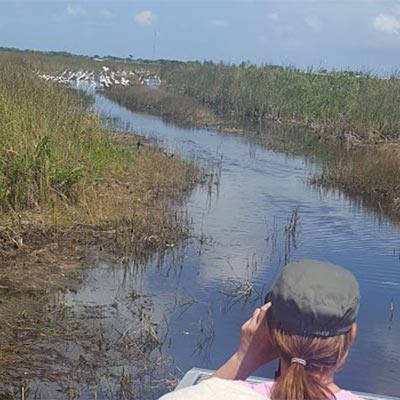 2 hour tour is a narrated tour that takes you 25 miles though the Everglades with plenty of stops for pictures, questions and answers and stories about old Florida from the native American Indians living in the Ponce de Leon era to rum running and drug smuggling in the Everglades even to this day!

Capt. Jim Hale is a U.S.G.G. licensed Captain for over 35 years! and has thousands of hours and years of experience giving clients friends and families rideS through the Everglades. Born in Miami Florida and a charter captain in Everglades National Park for 30 years.

Really I don’t sit behind a desk I actually give the tours!! 5 star I tell ya!!! lol

Come and enjoy the rich history , the animals, and the ecosystem we call the Everglades. jim has professionally guided hundreds if not thousands of anglers in South Florida the Bahamas, South and central America.

A little about the Everglades

The Everglades is a subtropical wetland that extends from Kissimmee and Orlando area and runs south through the state into lake Okeechobee and continues south and drains into Florida Bay. It is approximately 15,000 years old and dates back to when the paleo-Indians such as the Tequesta and Calusa lived in the southern half of Florida.

It is also a unique Eco system and there is nothing else on earth like it, Its size varys depending on who you ask, but generally the Everglades goes from the south side of lake Okeechobee south to Florida bay is approximately 4000 square miles. BUT it originally extended to the Orlando area which now has mostly become civilized and farmed. The Everglades is so large the it creates its own weather from evaporation and heat that replenishes itself.

The Everglades is home to over 375 species of birds of which 150 are considered to be rare. Most of the birds we see on airboat trip in the Everglades are different species of Herons Egret, Curlew, Roseate Spoonbill and Black neck Stilt.

The Everglades also provides drinking water for all of South Florida so take that in! It is full of sloughs and marshes as well as Hardwood Hammocks and Pinelands that supports life such as deer, black bear, wild pig, bobcat and panthers.

So you can imagine through all of the years and rich history the Everglades has from importing various goods through Florida.

Florida has seen its share of rum running in its past history. It is also called bootlegging, it was a popular activity during Prohibition and was done to avoid the law and also taxation. Additionally, rum running became very popular for the same reasons that bootlegging did. Although the terms bootlegging and rum running are used interchangeably, this is incorrect as bootlegging refers to smuggling over land whereas rum running typically occurred on the Florida Straits known as the Gulf-stream off the Florida coast. the Miami River was used to bring rum into Miami and then run into the Everglades, hidden and then shipped to the north, some names were Capone and others.

Another aspect is the fact that the term “bootlegging” was believed to have originated several decades before rum running when Civil War soldiers would sneak liquor into their camps by concealing the bottles inside of their boots or down the legs of their pants, hence the name of the practice. Conversely, the term “rum running” was born during Prohibition during the 1920’s and early 1930’s. During this period in history, ships would head out from the Island of Bimini nearby and would transport rum to the numerous Florida speakeasies along the coastal areas.

One of the most famous rum runners was a captain by the name of Bill McCoy who began smuggling rum from Bahamas and especially Bimini into southern Florida. It didn’t take long for the US Coast Guard to realize what he was doing so he would meet smaller boats about 3 miles offshore in order to transfer the rum. This 3 mile limit was based on the US jurisdiction over foreign waters and was soon called the “Rum Line” while the vessels lined up to take the product from McCoy were referred to as “Rum Runners.

One of the most notable pieces of evidence of the rum running era is a ship called the Sapona. It had a concrete hull and ran aground during a 1926 hurricane near Bimini, and the remnants of the ship are still visible today above the water line. It is a popular scuba diving site as well as a navigational landmark for numerous boating enthusiasts. Additionally, the US Army used it as a bombing target practice site during the Second World War and most of the original concrete hull is no longer visible as a result. Scuba divers have oftentimes found empty rum bottles at the dive site as well.

Juan Ponce de Leóns arrival in 1513 in Miami’s’ Biscayne Bay was the birth of South Florida but People really settling and evolving South Florida in the early 1800s. People that lived were farmers, fisherman, hunters that made a living along the coast as well as the Everglades. Many people farmed the Everglades back then and still to this day.

​The Everglades throughout the years has seen its fair share good and bad, in time people who started the growing process by building and farming has had a bad effect of the “River of Grass”,

as the water flows north to south civilization has obstructed the natural flow of water in fact in the before the 1940s water flowed freely to the coast lines around the southern part of the state providing fresh water to area of saltwater keeping the salinity levels low, low salt levels keep the shallow bays surrounding South Florida healthy. Now with the NATURAL flow cutoff it has brought salt levels higher thus damaging Ecosystems. people that lived in the Everglades were called “Gladesmen”. They were farmers fisherman , they lived there! So if you camps in the Glades you’ll know how it started! SO RIDE WITH ME AND FIND OUT THE REST OF THE STORY!

Picture of wading birds in February, one of the better times of year to see birds. Egrets and Herons

Picture was taken in early 1917 of farmers in the southern Everglades that were draining the swamp in order to Farm, This now known as Palmetto Bay florida which is 25 miles south of Miami Internal Airport. 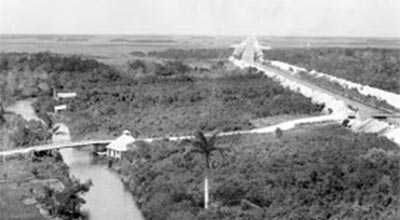 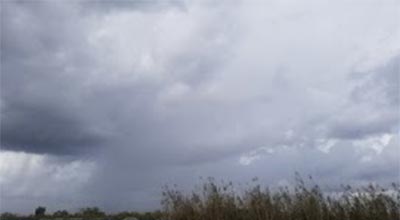 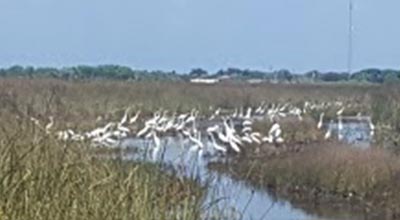 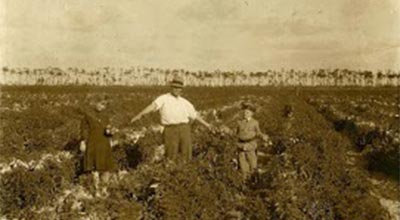 Directions to the Everglades

Once at that address and the building on the left go up the dirt road take a left at brown fence which will be on top of levee. TAKE A LEFT continue on dirt levee second parking lot until you see airboat with orange and green seat. A mirror polished boat with “Raisin Cane” on the side! I am 30 minutes from downtown Fort Lauderdale 60 minutes from Riviera Beach and 10 minutes from the sawgrass expressway! 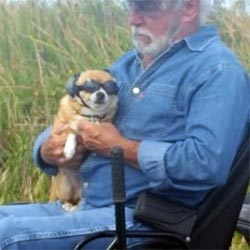 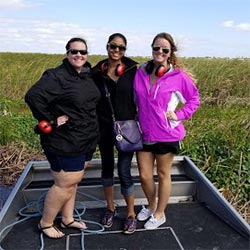 Dancing on the bow 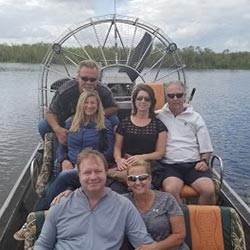 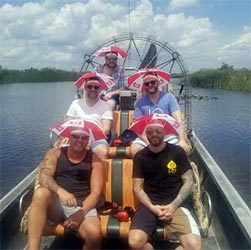 Sun was strong that day or they were just having a good time….can’t remember! lol 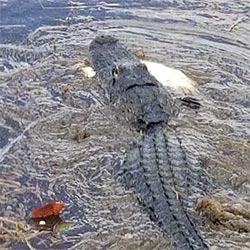 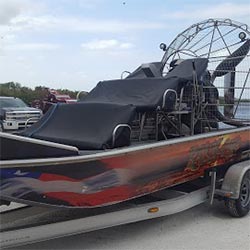 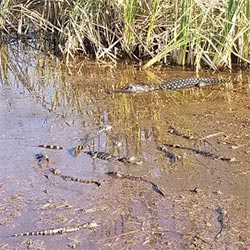 Baby Alligators not far from Momma